Should I Buy a New Build Property? 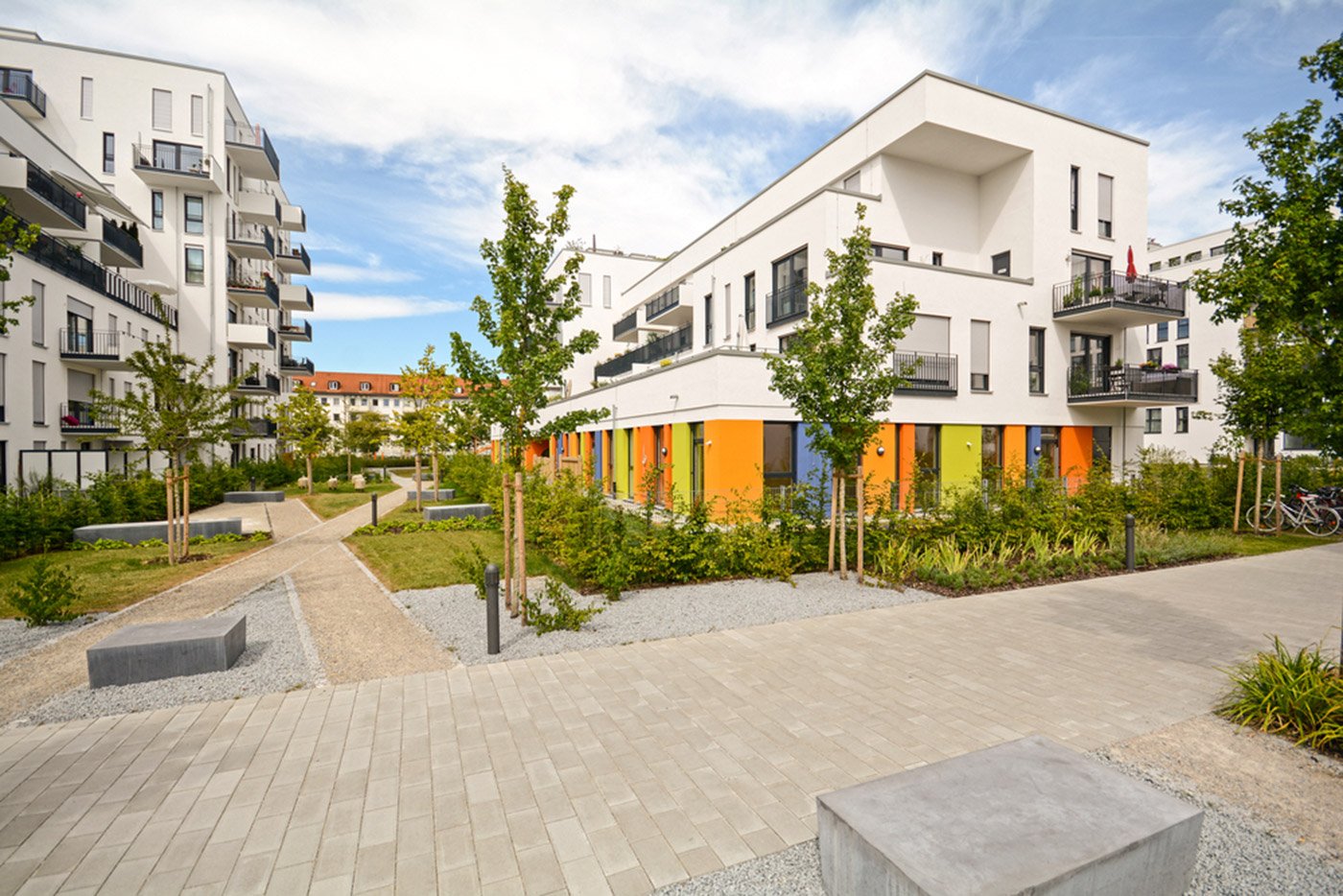 Some people shudder at the thought of living in anything more modern than a Victorian property and have quite strong views about new builds, regardless of whether they’re designed to mimic period styles. But there are plenty of others who can’t wait to leave behind their old, creaking, repair-prone home and move into a place where everything’s likely to run smoothly. There are communities that are 100 per cent new build, most famously Prince Charles’s Dorset concept, Poundbury, which is just outside Dorchester. And then there are old towns and villages that contain a sprinkling of new builds. Further to that, an array of architectural styles awaits anyone thinking of buying a new build. Find out more with our Master Removers Guide To New Builds.

With hundreds of thousands more new builds coming on to the market each year, it’s almost certain that when you got house or flat-hunting, whether as a prospective buyer or a tenant, you’ll come across one. Let’s take a look at the advantages of new builds.

What are the Advantages of New Builds?

Firstly, new builds are the ‘plug and play’ of properties. You buy it from the developer and in you go, with everything ready for living. You’ll find spotless paintwork and bright, shiny new tiles in the bathroom. All you have to do is unpack your boxes (or have them unpacked for you if you’re using the full packing/unpacking service that so many removals companies offer). A huge chunk of post-move stress is removed in one fell swoop. Once you’ve moved in, you can relax.

And that relaxation should prove pretty durable because another advantage of a new build is fewer repairs. This is not only because everything in the property is new but also because it’s all usually of a high standard. With any luck, the boiler repairman won’t be a regular fixture in your life.

You’ll also potentially benefit from the kinds of schemes that are exclusive to new builds, whether that’s Shared Ownership or Help To Buy . These make it easier for first-timers to get on the property ladder and you can’t access them when you buy an older property.

Developers of new build complexes also sometimes sweeten the deal with little extras. In fact, they’re not so little; they even extend to settling up your stamp duty or covering additional costs, such as carpeting.

One of the most popular advantages of new builds is the fact that many of them are constructed with the most up-to-date technology and are perfect if you’re planning on having a smart home that you can operate from afar using a digital assistant such as Alexa or Siri. You’ll find other modern touches like open-plan layouts and sometimes additional facilities like gyms and security perks such as concierges.

Get in there early, before the new build company has started working in earnest, and you can have an even greater say in the layout and finish of your new home. This is called buying off-plan and extends to you a degree of control and influence you wouldn’t otherwise have.

Once you’ve moved in, another benefit kicks in; you should notice lower utility bills. That’s because new builds are obliged to comply with the very latest energy-efficiency regulations. The vast majority of new builds are extremely efficient at, for example, retaining heat. New builds are, with few exceptions, far cheaper to maintain than old properties. And they’re safer, too, because they’re built to modern standards in terms of fire-resistance and wiring. You may also find that your new build has the latest windows, door locks and alarms, which translates to lower insurance premiums and the comfort of knowing you’re a harder target for burglars.

New Build living is also good eco-living; toilets and showers will have been installed that make it easier to minimise water use and, as we’ve already discovered, you won’t need to blast the heating the way you might in an old home.

Another notoriously aggravating factor of a house move is that you’re at the mercy of a buying chain. One thing goes wrong and it throws everyone into miserable uncertainty. When you buy a new build, you’re most likely to be at the end of a selling chain. The developer may well offer you a part-exchange transaction – they’ll buy your old property and sell it themselves. Another horror of standard moving, being gazumped, can be happily forgotten; as soon as you reserve your new build, it’s taken off the market.

You’ll also discover that your new build comes with a guarantee. It’s by no means all-encompassing, but having a ten-year structural warranty is still a bit of protection you wouldn’t get with an old home.