The Fast Track to Becoming a Local in… Bristol

Thinking of moving to Bristol? Here’s the Master Remover’s guide to all the little things that only true Bristolians know about, from hidden pubs to essential lingo. It’s your fast track to becoming a local…

A lively, culturally-rich city with plenty of green space and surrounded by beautiful countryside, Bristol has long been a desirable location for young families, London-exiles and many others. 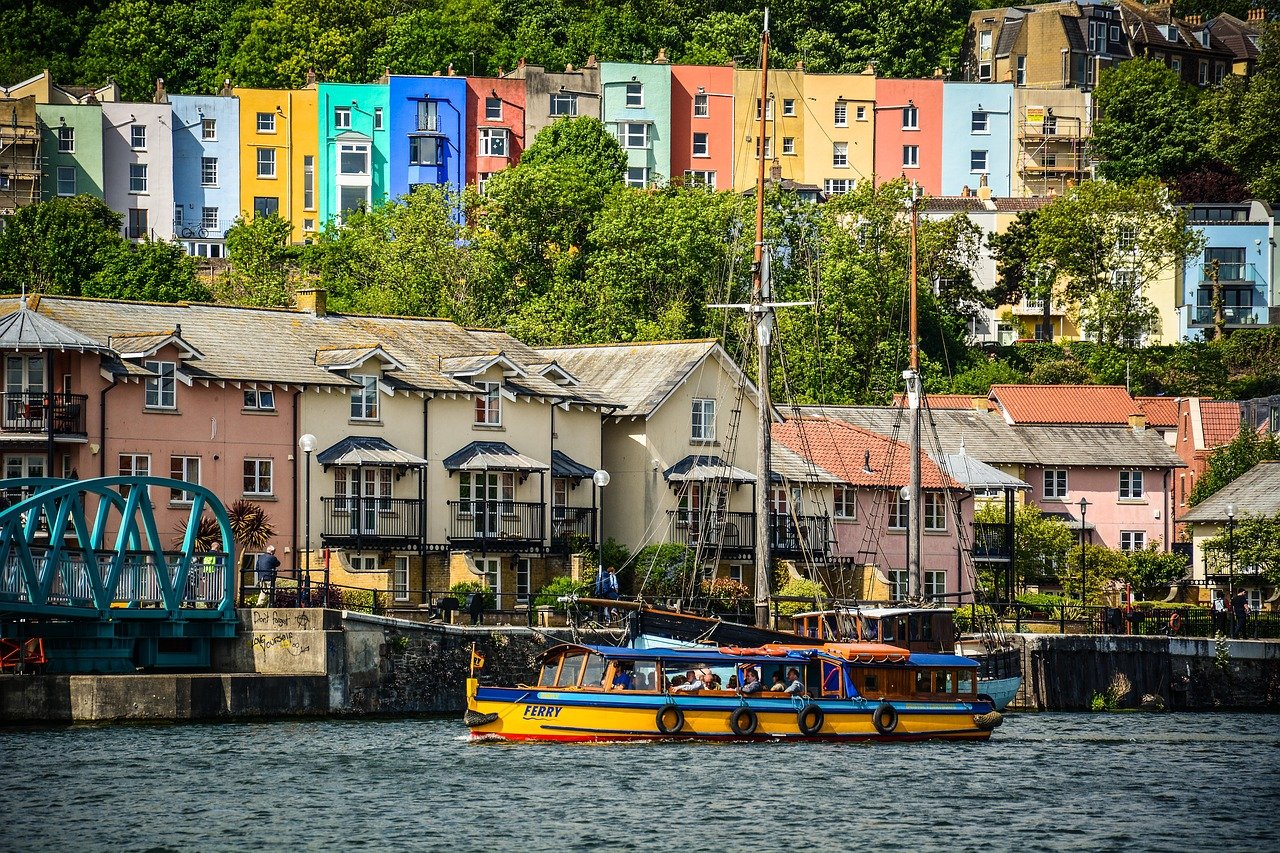 Outside London, Bristol is arguably now the place for UK foodies. There are several Michelin-starred restaurants in the city, Wilks in Redland and Casamia in the Harbourside,  while the famous Pony and Trap is a short hop away in Chew Magna. But fabulous new restaurants and cafes are popping up all the time.

If you want to impress your visitors, try Wallfish Bistro in Clifton Village. There’s oysters, a superb wine list, and once upon a time it was Keith Floyd’s first bistro (there’s a blue plaque outside to prove it).

For many, many more eating out reviews and ideas, check out the Bristol Bites and Bristol Foodie websites.

Best place for stocking up on carbs

Hart’s Bakery, located in a Victorian railway arch under Temple Meads station, has become something of a local legend. On weekday mornings commuters queue to pick up their breakfast croissants, while at weekends you can buy the special sourdough ‘Saturday bread’, made with olives, lemon & rosemary.

There are artisan bakeries all over the city these days. Joe’s Bakery on Gloucester Road,  Baked in Totterdown and Mark’s Bread in Bedminster come highly recommended.

Again, there’s an infinite choice. Wong’s on Denmark St won the BBC Best Chinese Takeaway in Britain award for 2017, while for unusual Indian food you can’t beat the much-loved Thali Restaurant, which dishes out reusable tiffin dishes and now has five locations around the city.

To grab an exotic lunch while in town, take a stroll through the many colourful food stalls of St Nicholas Market (above – and to sound like a local, make sure you call it ‘St Nick’s’).

Bristol was ahead of the curve in the UK’s coffee-craze and there are plenty of trendy independent baristas to patronise, such as the cosy Small St Espresso, or Playground, where you can sip your artisanal caffeine while sitting on a swing.

The Lounges cafe-bars began in Bristol and there are branches all over, while Grounded is another top local chain.

Whiteladies Road and Gloucester Road boast fine pubs aplenty for a traditional linear pub crawl into town, but to sample the grandest drinking institutions in Bristol head for King Street.

This cobbled road by the harbour has several of the oldest and most characterful pubs in the country, including the historic Llandoger Trow, the King William Ale House (‘King Billy’) and thriving jazz venue The Old Duke. Finish off the night at Renato’s – you can munch on one of their addictively salty pizzas while rubbing shoulders with actors just in from the Old Vic theatre next door. 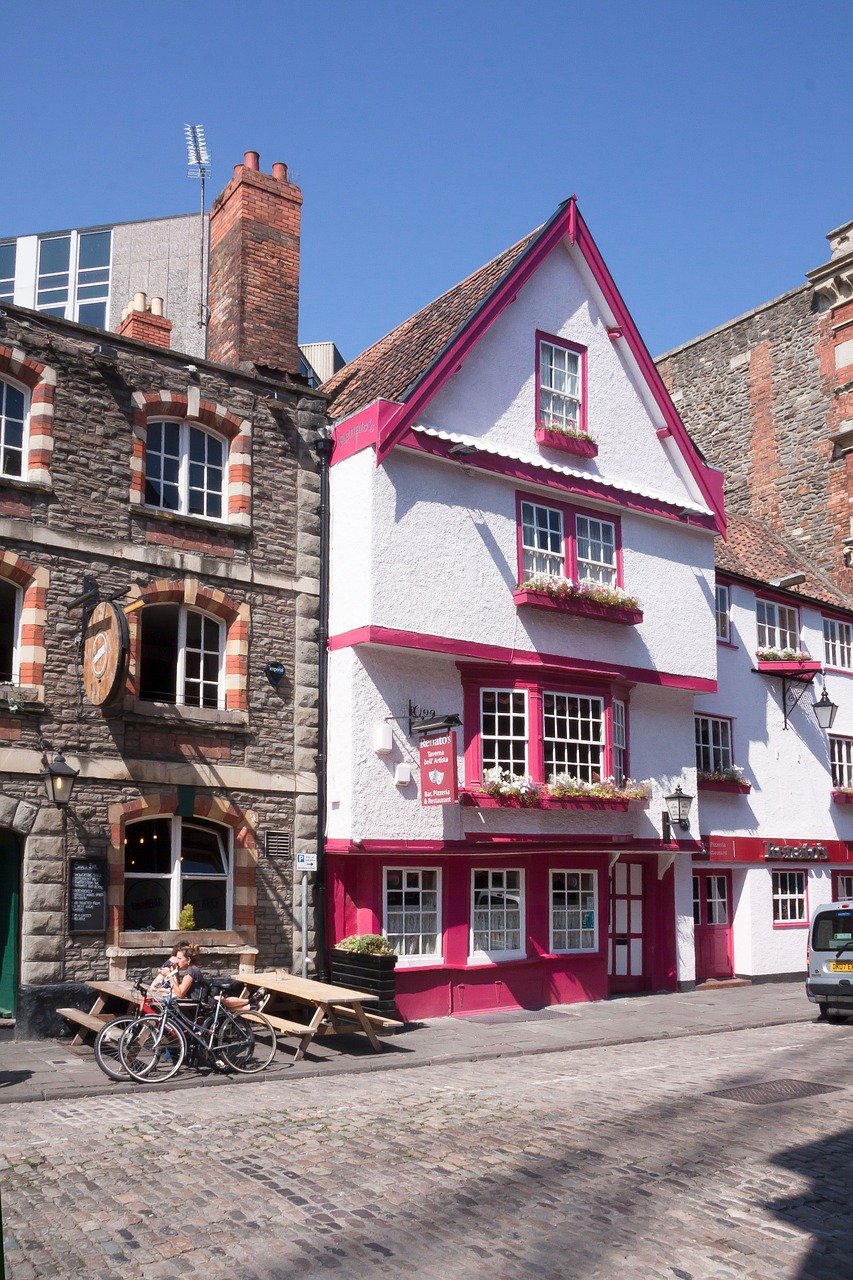 Despite the name, Bath Ales are actually based in Warmley, on the east side of Bristol. They have a series of top notch pubs, chop houses and pizzerias around the city, and Gem is well-established as a favourite upmarket beer.

Of course, the traditional local tipple is cider – best drunk at the famous ‘Corrie Tap’ in Clifton.

Beese’s Riverside Bar (known universally as ‘Beese’s tea garden’) is a hidden Bristol gem. It’s only open from spring to September, and can only be accessed by a special ferry. It does great afternoon teas in the day and hosts live music at night.

There are two big shopping centres with all the usual stores – Cabot Circus in the centre, and Cribbs Causeway out by the M5. But there’s much more to Bristol shopping than that…

Best for a day’s browsing

Described as one of the UK’s last traditional high streets, Gloucester Road hosts a large range of independent specialist shops – everything from butchers and bakers to art shops, home brew specialists and a really excellent Amnesty International secondhand bookshop – plus plenty of quality eateries and pubs.

Best for finding something completely different

The Guild emporium on Park Street is an utterly unique institution – somewhere between an art gallery and a department store as imagined by Lewis Carroll. It also boasts a fine cafe and a food hall full of bizarrely flavoured chocolates and unusual liqueurs.

At the other end of the ‘eccentric emporium’ spectrum is the legendary Rajani Superstore in Fishponds. All Bristolians know that if it exists, however obscure, Rajani’s will sell it – you just have to be prepared to hunt through the maze of densely-packed shelves.

Plastic Wax on Cheltenham Road is the biggest and best-loved secondhand music shop in the city, with tonnes of CDs and even more vinyl. 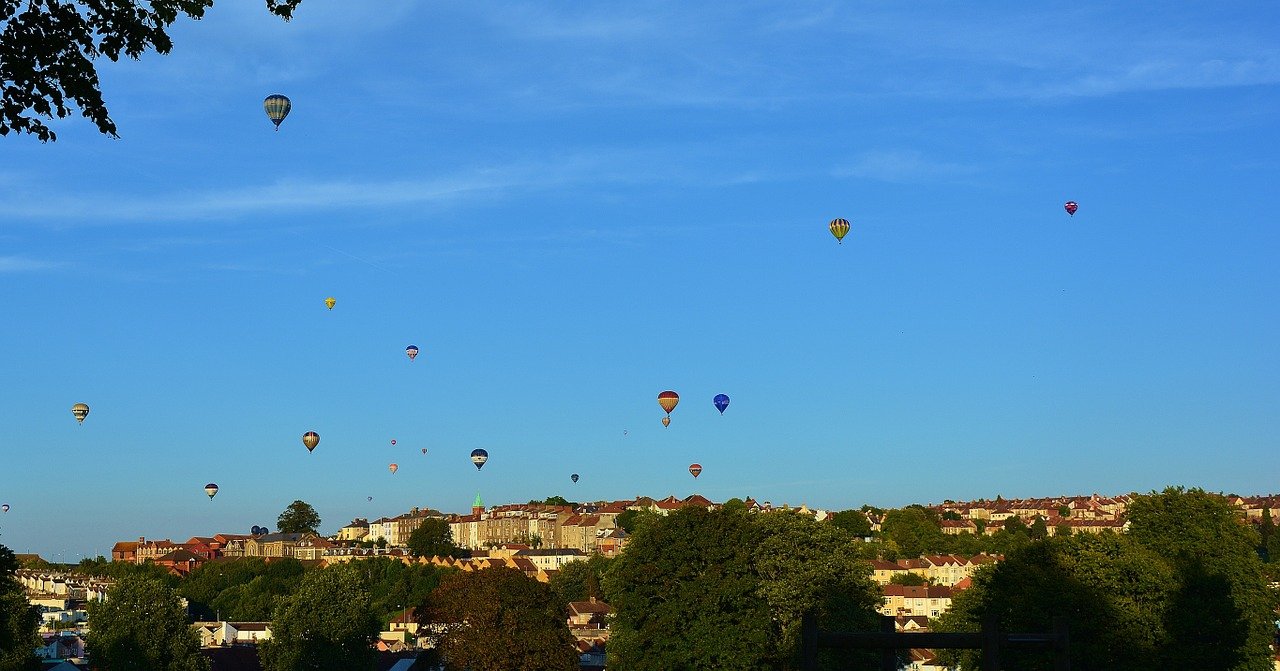 Bristol has festivals galore throughout the summer months, from Vegfest to Grillstock to the huge, free Harbour Festival. But the quintessential Bristolian festival is the annual Balloon Fiesta, when if the wind’s right you can enjoy the iconic sight of some 150 hot air balloons floating across the Avon Gorge and beyond.

Everyone’s heard of Bristol Zoo – the oldest provincial zoo in the world – but you can now spend a day at its spin-off sister Wild Place by the M5, which has larger animals (including cheetahs and giraffes), loads for kids to do, and none of the crowds (yet).

Neither Bristol City nor Rovers has ever won the football league or the FA Cup in their combined histories, while the Bristol rugby union team is well-supported and financed but currently outside the Premiership.

The County Ground in Ashley Down hosts international cricket matches. The home team Gloucestershire have seen some success and floodlit Twenty20 games make for a great night out.

But Bristol does excel in women’s sports: Bristol City are in the Women’s Super League, and the Western Storm cricket team includes England captain Heather Knight amongst other top stars. Tickets are great value.

The RWA and the Arnolfini are must-visits, but of course since Banksy started doing his thing the whole city is one open-air art gallery, with striking (and often brilliant) street art everywhere. Jamaica Street and Spike Island are hip artist enclaves.

There’s something on every night for live music lovers – and if you’re going to a gig you’ll probably spot local hero Big Jeff. Venues are range from the Thekla (a nightclub on a boat) to the venerable Colston Hall. St George’s hosts international classical artists and there’s a large arena being (very slowly) built at Temple Meads.

Every Bristolian should brave the infamous Oompah Night at the Bierkeller at least once in their lives, while Doreen Doreen are almost certainly the best party band in the universe.

Free Bristolly things to do

The free M-Shed Museum down at the Floating Harbour is a great place to learn about Bristol and its history. And here are some more fun things to do that cost nothing.. 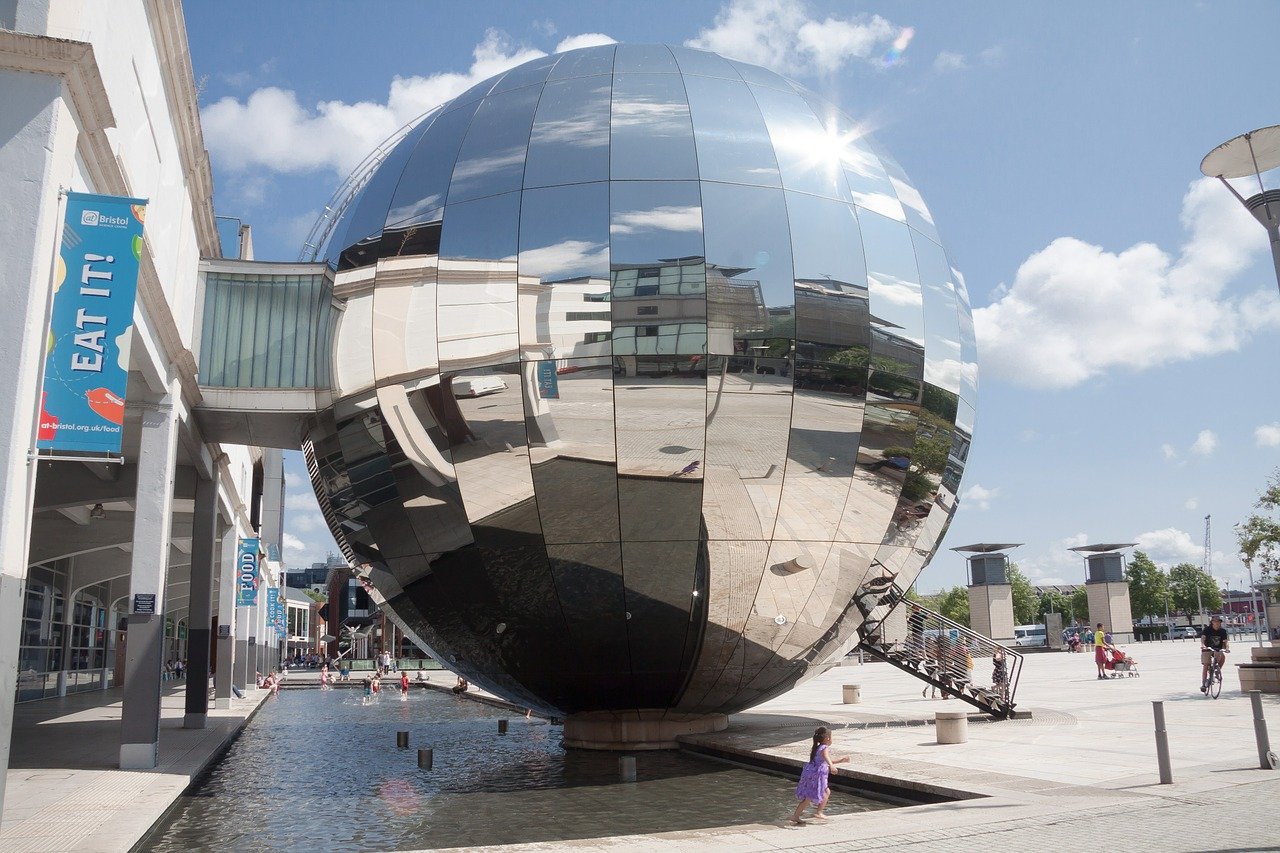 On sunny days, head down to Millennium Square (above) with their swimming cossies, slap on the Factor 50 and let them splash about in the fountains for a few hours while you sit and enjoy an ice cream.

Take a picnic up to Trooper’s Hill in Hanham – a curious little nature reserve – for a panoramic view over the city. Ideal for watching balloons float by (and spectacular on fireworks night).

The natural rock slide at Clifton Down, made shiny by generations of Bristolian bottoms, is a semi-official bit of fun that has somehow survived modern health and safety laws.

A stroll around the extraordinary Arnos Vale, a 45-acre Victorian Garden Cemetery that’s like a city of the dead within the city of the living.

The beautiful St Mary Redcliffe Church has a special Christmas carol service every year when kids can dress up and be involved in the nativity story.

Bristol is one of the UK’s greenest cities, and there are over 400 parks and gardens, from the Downs to Vassals Park. Explore them here, and for more free ideas check out the Broke in Bristol website.

How to speak ‘Brizzle’

Probably the most famous element of the city’s distinctive westcountry accent is the ‘Bristol L’, which can be added to any word ending in a vowel, though most commonly those ending in ‘a’. Thus ‘Mosquituls come from malarial areals’, and ‘I’ve a good ideawl, let’s go to Ikeal’

Other things that mark you out as a Bristolian are referring to people as ‘Me luvver’ or ‘Me babber’, to ‘Wales’ as ‘Wells’ (confusing, as there is a real Wells nearby) and pronouncing lilac as ‘li-lack’.

What’s your favourite ‘insider knowledge’ about Bristol? What have we missed? Let us know in the comments… 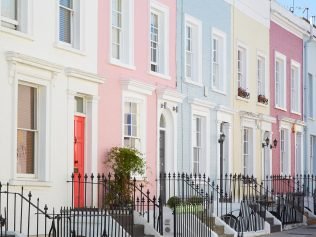 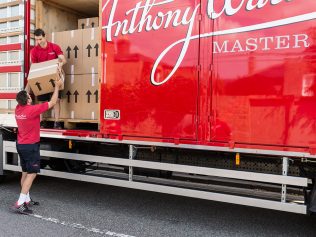 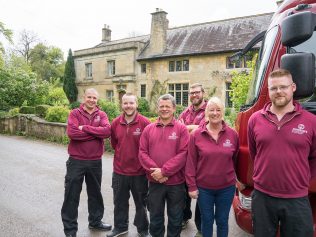 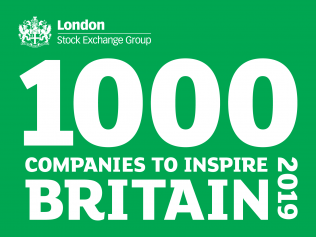 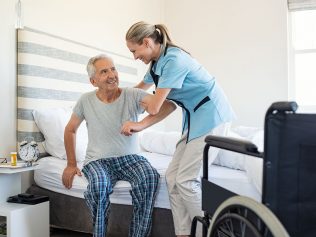